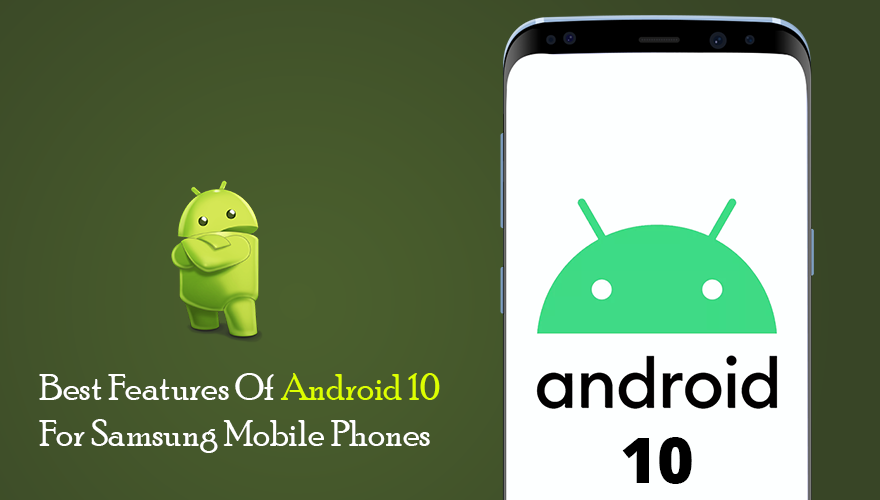 Android 10 was officially launched by Google, which landed into Samsung and with many other devices.it was very much clear that Google was very busy and has put up a lot of effort before it released android 10 in the market. Android 10 is the tenth most major version of Android, which was made official in San Francisco on May 7 during a Google developer conference.so now many people who own Samsung Galaxy smartphones will be wondering if they will get an update for android ten or not. Your Samsung smartphone will surely get an update of android ten if your previous android version of the phone is android 8.0, which is known as Oreo.

1) Android 10 will be providing dark mode

The dark mode can get activated through quick settings when the battery saver mode is activated. Dark mode will mainly affect the photos and Google podcasts.it is one of the most attractive features of android ten, which was demanded by the users of Samsung smartphones and also other smartphones. If you are using a Samsung smartphone, then you will get an option of night mode instead of dark mode because the company has renamed it.

2) The navigation system is updated

3) It has enhanced digitally

It is a feature by android ten once your Samsung gets updated.it has added the wind-down and focus mode with an improved version.it will block all the notification except those who are selected or chosen by you. This update will mainly help you in avoiding distractions. In the wind-down, the display will be in greyscale, and it will block notifications that will be useful for you before going to bed.

As we know, it already very easy to toggle and access Bluetooth, Wi-Fi, and other connectivity options but now Google is making it simpler to access this thing with its new update of android 10.google has shown the example like if your device is in airplane mode you can launch a browser. In this process, it will tell the person to enable Wi-Fi, and then it will automatically go to the settings option.

5) The camera application is updated