The Android 9.0 Pie Features You Simply Can’t Afford To Miss! 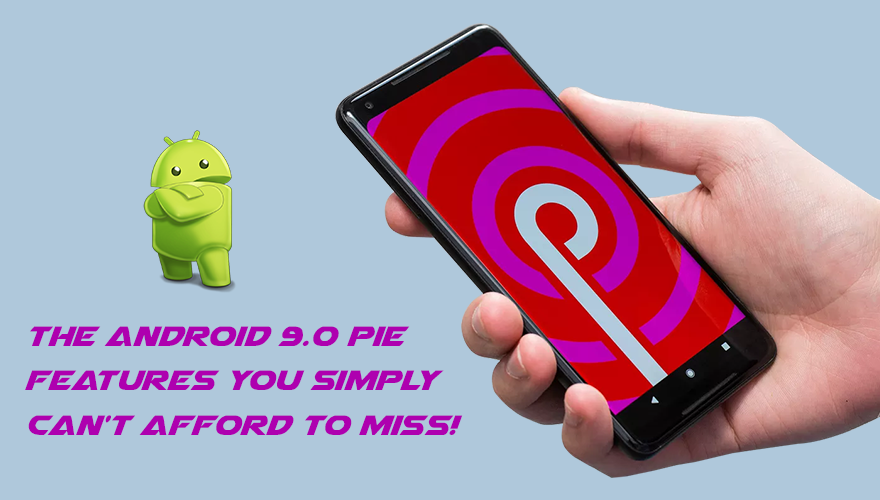 The Android 9.0 Pie Features You Simply Can’t Afford To Miss!

Android brings you its novel creation with a 9.0 version of the operating system, namely the “Android Pie,” which has many more to offer than what is expected by a techie. This version has just not evolved as previously but has wholly transformed the perspective of the global operating system market with some extraordinary additions.

The cohesive fragmentation done by Android is what’s going to entice people to opt for this version, which eventually will make a remarkable difference in the life of the users, and once one uses this version, they won’t view smartphones the same as it used to be in the past.

So, let’s take a look at the few features which you should look forward to, which will make your phone’s usage more effective:

This is the feature that takes care of the user’s efficiency so that they don’t spend more than the required time on a specific app by letting them put a time bar. On the expiry of which, the icon of the app will become grey, notifying the user to move forward with something else.

This is very well known to all the social media users like Twitter, where we can switch to dark mode at our convenience, with the amount of screen brightness required in a given environment. This feature was evident to be missing in the previous versions, but not anymore.

This is a vastly evolved version of app shortcuts, which not only allows users to assemble icons by extended pressing, but the Google launcher will suggest stuff to do with your mobile with the user’s history of preferences.

This feature has been long pending to be updated, as it was awkward previously with the usage of Power+Volume Down buttons simultaneously for taking screenshots, which mostly used to be an issue for the older people. But now, finally, the problem has been sorted out, which will let the users take screenshots by only a click on in the Power Menu icon. And it becomes even easier for users to take a screenshot in bursts form to capture every glance of a video.

Gone are the days when one was confined to using the auto-rotate switching in the Settings, now it’s just a tap of an icon away for landscape or portrait mode.

The collaboration of Android Pie with Round Trip Time (RTT) addresses the minute barriers of directions. Using this, one can even navigate a building like hotels or cinema halls with step-by-step guidance.

With the relentless working environment in today’s world, this feature is the need of the hour. Thanks to Google for addressing the issue, which was never brought into the limelight earlier by any other company. Say bye to the pop-up sounds with every irrelevant notification by just clicking on the “Shush” mode, which silences all of them. And it’s the easiest to enable the DND mode, what one needs to do is lay the phone’s screen facing the surface.

This feature secures your phone from a hostile person, as what it offers is to use a pin rather than fingerprint to unlock your phone. So, you have the option to use any of them, what’s best suited in the given environment. You can get access to this feature from the Power Menu

How could Google leave out the most avidly used creative icons, which not just makes it easy or amusing but also replaces sentences with just a gesture, i.e., An Emoticon. And interestingly, the number of emoticons introduced is 157 of them, which are all unique, like cold face, hot face, etc.