Why Xiaomi CC9 Pro is the best affordable smartphone? 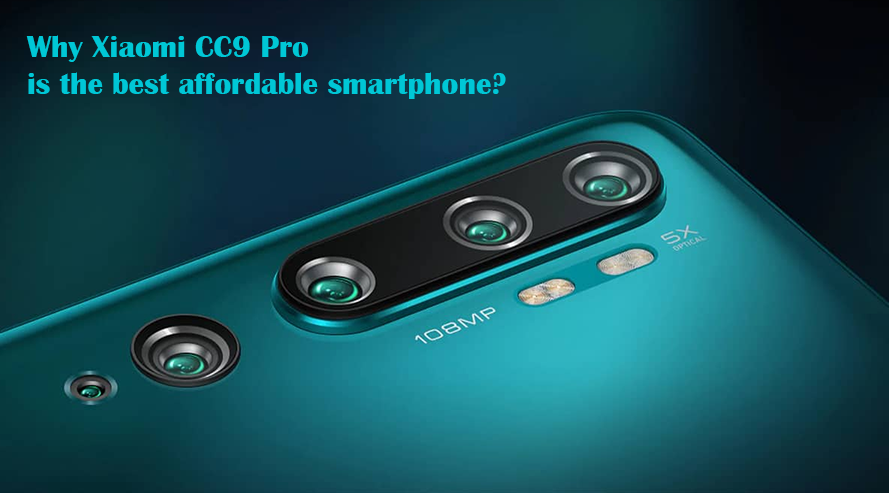 Why Xiaomi CC9 Pro is the best affordable smartphone?

The Xiaomi company’s first 108 MP camera phone CC9 Pro was launched in November 2019. As soon as it is announced it becomes the first phone to offer you a camera of 108 MP. The phone has got all the features that a user will expect to have in a premium phone.

Xiaomi Mi CC9 Pro was launched with the Android OS v9.0 or pie. Apart from that, the phone is powered by an Octa-core processor, which gives 2.2 GHz with dual-core and Kryo 470 +1.8 GHz and Hexa Core Kryo 470 processor in it. The phone runs on the Qualcomm Snapdragon 730G chipset, which is the latest in the Snapdragon processor line-up.

The screen of the CC9 Pro has got the AMOLED display, which makes the phone look more beautiful. The size of the screen is about 157.8mm X 9.6mm, with a weight of around 208 grams. It may be a little bit heavier concerning the other phones, but still, it is considered to be the best phone in this segment. The aspect ratio of the smartphone is about 19,5:9, and the screen to body ratio is 87.57 percent.

The camera of the smartphone

The CC9 pro is in the news for the camera features mainly, and it is due to the presence of a rear 108 MP camera in it. The massive 108 MP camera comes to the users with f/1.9 aperture. Then the next lens, which is a 20 MP camera, has got a focal length f/2.2 aperture. The third lens on the phone has acquired a 12 MP camera with f/2.0 aperture, and the last lens of 5 MP and 2 MP camera has got f/2.4 aperture.

If you take a look at the selfie camera of the smartphone, then it comes with a powerful 32 MP camera for taking the front selfies and recording video as well. It got an f/2.0 aperture as well. With so much power to the camera by the company, this phone is undoubtedly acquired the right name as the most powerful camera smartphone in the world.

Apart from these all main features, the phone will be coming to the market with MIUI 11, which is based on Android. The phone has got a 128 GB of storage and card slot of expanding the memory in the phone up to 256 GB

Other than these things, the phone got all advanced connectivity issues like Wi-Fi 802.11 a/b/g/n/ac along with GPS, NFC, Bluetooth v5.00, FM Radio Wi-Fi direct, and 4G compatible on both the SIM cards. The battery is also massive, and it is about 5260 mAH.

The other sensors that you will get on the phone include a gyroscope, magnetometer, proximity sensor, fingerprint sensor, and ambient light sensor as well. The phone, too, supports the face unlock feature also in it.

As the phone is said to be a significant attraction among the camera lovers, the company did not compromise the color of the handset too. The phone is readily available to you in different colors. The colors in which it is available now are Ice and Snow Aurora, Magic Al Green, and Dark Night Phantom. With these attractive colors, it made the phone more attractive.

Price of the phone